In charge of the participatory budget of the 19th arrondissement in Paris, the Centquatre 104 under direction of Jose-Manuel Goncalvez produced a series of events called Bien-Venue in which 3 projects were to be realized by the invited artists and an artcollective: Anne-Flor Cabanis, Myself and Boa Mistura. Originally planned to span a timeframe of 6 Months from February until July 2020, due to Covid restrictions, the project lasted only for 3 weeks.

Under strict limitations staff of the Centquatre and I visited 2 schools of the neighborhood. Together we constructed little compartments that would later be integrated into the columns at Quai de Metz 1. I asked the students to build their little apartment freely after their own wishes and mark down their names too. 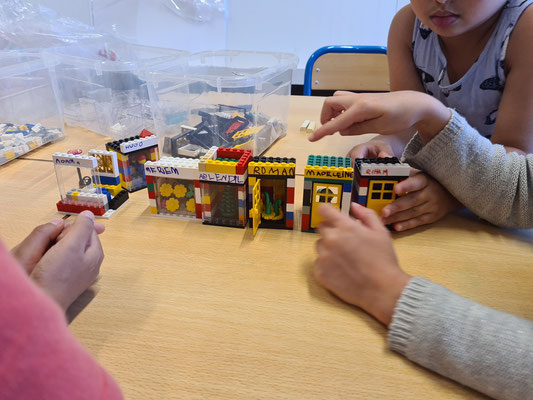 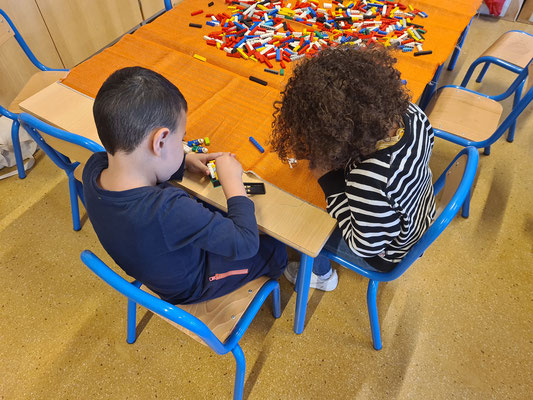 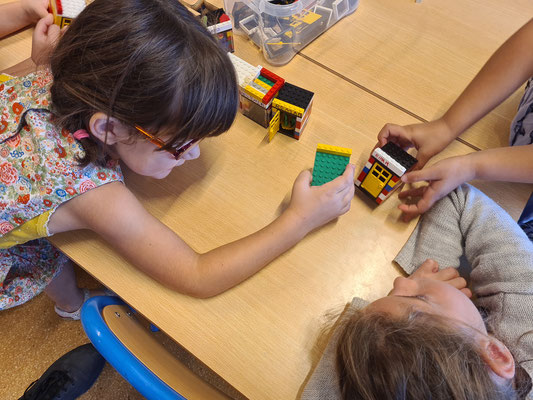 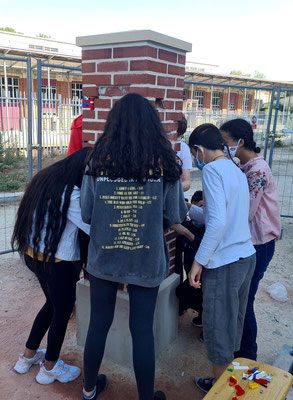 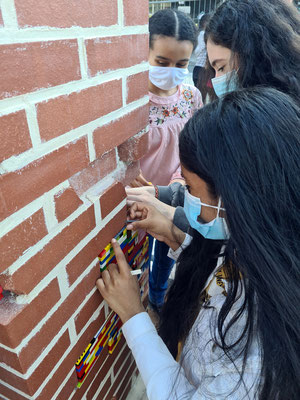 The four columns were erected with local masons all in two weeks, with the bricks coming from a local parisian producer. Empty spaces were left out in order to fit in the compartment modules which were created beforehand in the surrounding schools. Older students then came to the construction sites and helped us install as well as a group of the neighborhood Center Espace 19 joined in for a day.

On Inauguration day, a last column was left with empty spaces, missing Plastic Construction bricks. The whole neighborhood was provided with second hand and donated Plastic Bricks and invited to come in order to finish the public artwork together. If you are lucky, there's still plenty to discover and, in the worst case, sometimes even to repair. Bring your own bricks. 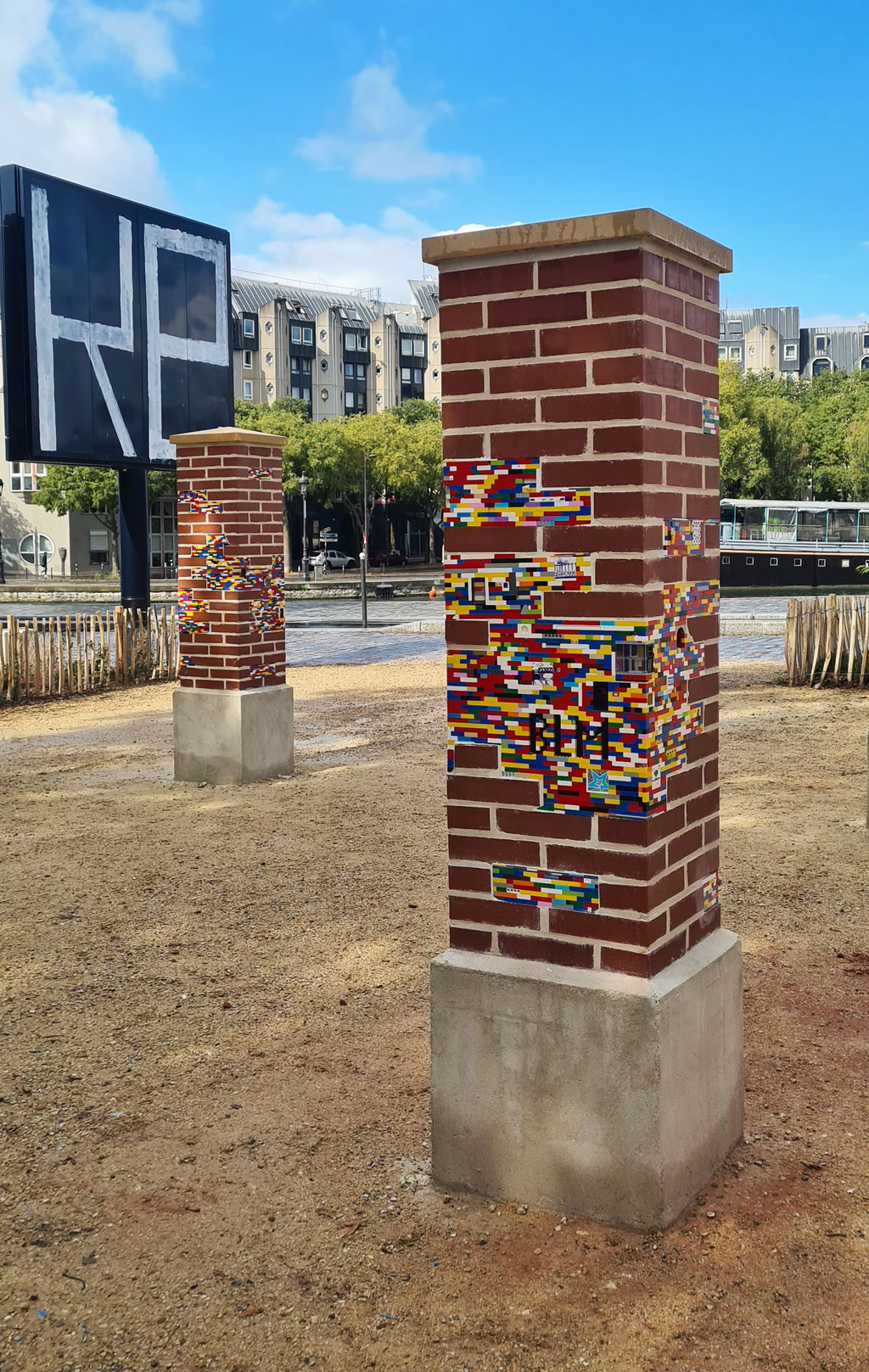 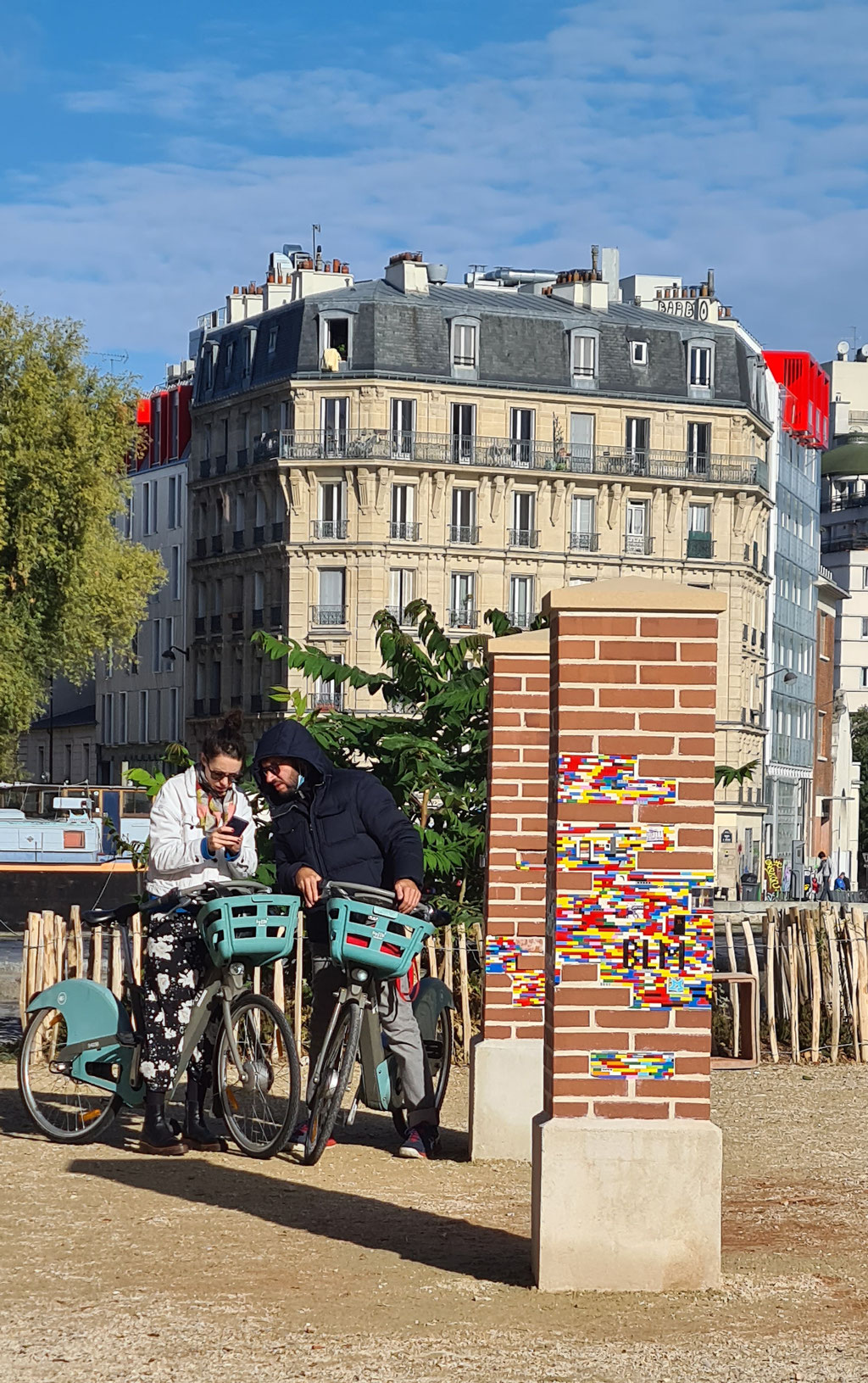 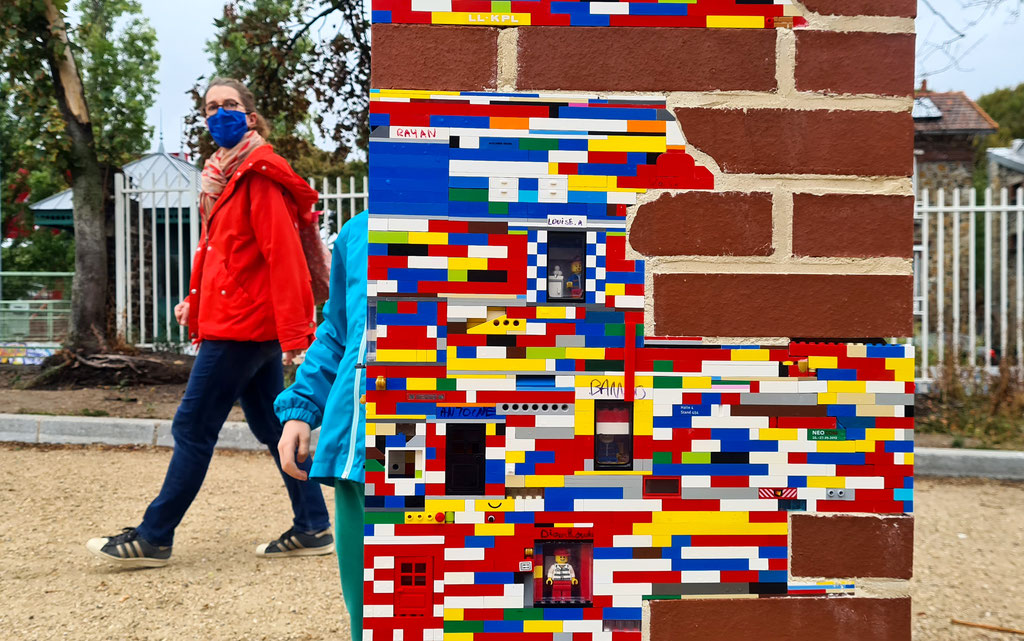